I am  very concerned as lockdown eases that we make life as easy as possible for residents of our villages and town that need to shop and do business in Shepton.

So I have issued the letter below, I believe it is a sensible and constructive proposal that councillors of all parties and none can support. I am looking to achieve a positive outcome and delighted that my fellow councillors Sam Phripp, Josh Burr, Edric Hobbs and Garfiled Kennedy (Liberal Democrats) and Chris Inchley (Independent)

The recent introduction and extension of free parking in all Mendip District-owned car parks has been a great success.  Usage figures have gone up significantly, encouraging more people to come totown centres to help business and trade to recover at a very challenging time.

However we are concerned that the charges levied beyond a fixed limited free period at the Haskins and Townsend Shopping Centres in Shepton could disadvantage the town during a critical period of recovery.  We feel it would greatly simplify everyone’s lives if these main private car operators could remove all charges up to 6th August to match the Mendip District Parking Charge Relief Scheme. Being able to declare that all Shepton car parks are free of charge up to 6th August would be a clearer and simpler message.

We therefore respectfully call on the owners of the two large private car parks in Shepton to commit to match the same charge-free period that has been offered by Mendip District Council. We are concerned that without this blanket commitment it leaves a degree of confusion that could hit high street businesses in the town – undoing at least some of the good that the Mendip Parking Charges Relief scheme is beginning to do.

Like our friends and neighbours, we all use Shepton for our main grocery shopping, visit the Post Office, the local bank and support many smaller stores that offer a variety of local services.  Keeping parking free in all the main car parks, for this specific period, would be a significant and welcome helping hand and would mean the bigger stores would be acting as local champions of a safe return to the high street.

As Mendip councillors we want to see as much as possible done to encourage businesses to trade and thrive as well as support the town centre. We look forward to your support for Shepton and its smaller-sized business at an exceptional time. 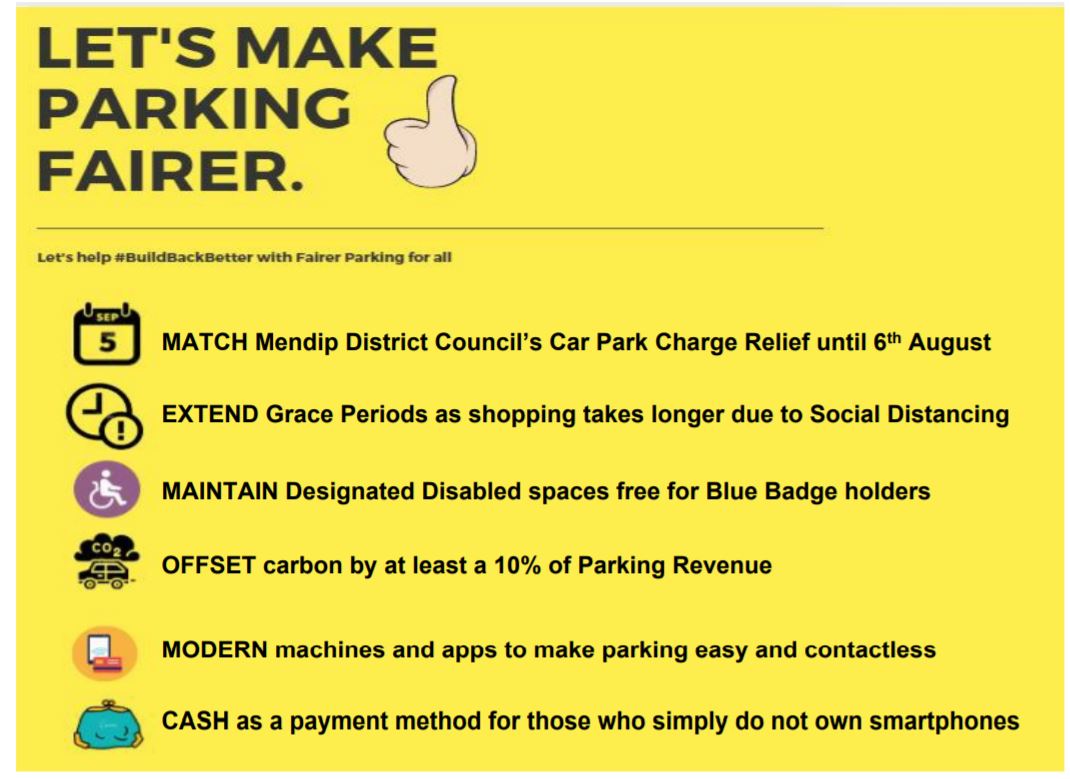 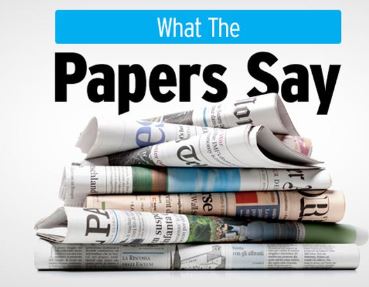